What is Internet of Things?

The internet of things is also known as IoT. Its function is to connect devices over the internet so they can speak to apps, us or to one another. For example, your smart phone being able to record your favorite TV show.

A lot of IoT is used in the home and eventually the hope is that not just homes will be connected but whole cities. Benefits are that less energy will be used, less time will be wasted and life in general will be more efficient in a myriad of ways.

There are companies that have already developed products to improve your life through Internet of Things. There are also a lot of start-ups with a theoretical product that have heavy investments due to their possibility of getting serious revenue. What makes a company or start up the most popular? It’s the ability to develop something that everyone needs. It is capable of connecting to many devices so as not to leave anyone out. Services, products and apps are all ways they will comes to you and make your life more efficient.

Smart Home is the clear winner for popular IoT apps. There are over 60,000 people that search “Smart Home” on the internet every month. There are 256 companies and start-ups that are jumping on the band wagon to offer this app to the world.

This is a slow moving app but still one of the top ten. Still considered a niche segment, it does one LinkedIn post on a monthly basis compared to the 430 for Smart Home apps. It’s based on advertising in the area of retail shopping.

This app is set out to make tracking goods easy when they’re on the road. Suppliers are able to exchange information of delivery time and figure out where the delivery is at any given time. This has been on the market for quite a few years. It is being made more intelligent by the IoT and may just increase in popularity. Time will. Tell.

Countries that are primarily focused on agriculture and farming will see that Smart Farming are going create efficiency. It is not widely popular at the moment as it doesn’t fit into the magic categories of mobility, industrial and health.

IoT will change the way farming is done in those countries where the main industry is farming. The app will solve the fact that farming operations are remote and livestock are in high numbers. Being able to monitor the farm when you can’t be there gives freedom that a farmer has never known.

The Apple smart watch was huge upon its release, an example that shows the wearables app is huge. There are other companies that are bringing out IoT Wearable app innovations. Companies like Sony and the LookSee bracelet are also developing wearable IoT products.

Smart City is a convenient way to overcome traffic management and waste management, to name a few. It makes your life more efficient when you live in the city, allowing you to get through morning traffic more easily or monitoring environmental efficiency.

Its main purpose are to solve city problems that come with so many people living in a small area. Everybody wants less noise and pollution in the city they call home which is what this app is promising.

This app is going to use information about consumer and electricity supplier’s behaviors. This is going to enhance the electricity experience. Benefits to the consumer include reliability of power and better prices.

Monthly, there are 41,000 searches on Google, proving that this app is greatly needed.

Industrial internet may not be so popular on Google but it does have a lot of presence on Twitter. It has the largest push for any app in the IoT industry on Twitter.

Gartner and Cisco say that that industrial internet has the highest potential of all the apps. These are two heavy hitting companies within the IoT industry so they know what they’re talking about.

There has been a lot of talk about the connected car app but it’s taking a lot of time to develop. As the industry takes its time to comply with the tech companies, people are starting to get excited.

Some of the forward thinking car companies are starting to work with start-up companies to work on potential problems and solutions. If the auto industry doesn’t pick up the pace, one of the big guys like Google or Apple will

Connected health is definitely one of the most talked about apps as they connect health care systems and smart devices together. Included in the equation is digital health, telehealth and telemedicine.

This app is going to enhance the well being of the population, making everyone feel a little safer when health is an issue. Breakthroughs are expected soon as large scale start-up companies know that the world waits. 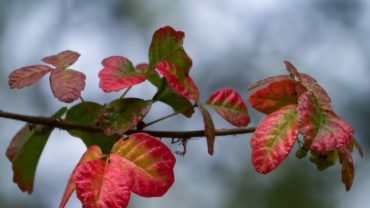