I am from an area of Canada (British Columbia) that is a full on weed culture but it always made me paranoid. Sitting on the outskirts of the marijuana culture, I have witnessed a number of things.

I saw my high strung boyfriend become a much calmer, more manageable guy after smoking a joint. I also sadly witnessed too many high school friends that lost all motivation for life from using marijuana daily.

All over the world, it’s a major pastime for many. I happen to have a neighbour who enjoys a joint or two every day. He is pleasant and seemingly motivated for life but at the same time incredibly relaxed. I don’t know if it’s his character that allows him to function normally where others don’t or what. At any rate, I asked him for some insight to help me write this article. He was quick to invite me to smoke a joint with him and as a determined writer, I accepted.

I actually feel nervous because it’s been so long since I smoked a joint. I do recall the last time that I did, I thought I was a soldier in war. That’s the kind of effect the strong BC weed has on me.

Well, I smoked a little bit of “Jamaican” and it was mellow. I did feel a little self-conscious while I talked and I did zone out for a little while. However, I did have an easy time creatively putting these words onto a page so I guess it was a positive experience. Also, I never tasted such a delicious desert as I did just now. Was it really that good or did I get the munchies (a symptom of smoking marijuana).

There are three distinct types of marijuana leaves and they sit among three different categories; Sativa, Indica and Hybrid. The plants of Cannibis indica and Cannabis sativa have been around since the 18th century with Cannabis Hybrid as a new introduction. Hybrid indicates the mixing of seeds from different geographic locations around the world.

A much revered pastime in the cannabis culture is to perfect the growing and harvesting. The flavors and diversity is comparative to how many cookies exist around the world, it’s endless.

There are many a connoisseurs’ too, choosing what they buy based on the strain alone. It should be mentioned that most of the marijuana offered is a mix of Sativa and Indica.

The origin is believed to come from the Hindu “Kush” region close to Afghanistan. Anyone who knows anything about marijuana knows that Kush is really strong weed. In this area of Afghanistan, the strain developed thick coats of resin as a mean of protecting themselves due to the harsh climate.

Characteristics of Indica include flowering time, yields, geography of where seeds came from and various flavors. Some of the epic names given to top flavors include; Purple Haze, Granddaddy Purple and Northern Lights.

The Indica strain is a more relaxing effect with the tendency of making you want to hang out on the couch. I sometimes wonder if the gaming companies are in cahoots with the marijuana industry as they seem to go hand in hand.

The Sativas strain alternatively has energizing effects which is why they’re often used for morning or afternoon use. This strain of marijuana is used primarily for depression and exhaustion. Its morphology is a growth of up to 20 feet high, it is narrow with loose branches.

The effects of Sativa are said to be uplifting and allow you to bring your creative side out. Medicinally, it can treat ADD and mood disorders. Some of the more popular flavors under the Sativa strain include Sour Diesel, Jack Herer and Lemon Haze.

There are many variables for the two ancient strains which is where Hybrid comes in. The seeds of many geographical areas are cross germinated to balance marijuana with both strains. This offers the marijuana user a balance between the two so you get the best of both worlds.

Following is an illustration that will give you an idea about pairing of Indica and Sativa plants, it also breaks down how their constituents of cannabis might look like when compared to each other. Cannabinoids are found in various aspects with molecular structures like THC and CBD. They carry their own properties which are medicinal in various ways. The cannabinoids are affected by how it’s grown and the compound type may create different physical sensations because of this.

There has been a lot of mutating the original “genetic lineage” and marijuana growers painstakingly seek to find an origin plant of Indica and Sativa varieties.

Countries that Smoke the Most Marijuana

The UN somehow seems to know the annual drug use of each country. I am doubting that the report is 100% accurate as it comes from the United Nations Office on Drugs and Crime. This would somehow indicate that they’re aware of all the secret spots where young people come together to smoke. If they’re that good, it scares me a little on what else they know about us. Regardless, here’s the top countries that use marijuana.

I remember watching a man talk about how marijuana was detrimental to his ability to function. He got MS at a young age and because it’s a degenerative disease, it’s debilitating when you’re young.

He was shaking uncontrollably and you couldn’t understand a word he was saying. He had someone hold up a vaporizer to his mouth because he was shaking too hard to hold it himself. Within seconds, the shaking stopped and his voice was perfect.

While for the longest time, the medical and pharmaceutical companies along with government bodies told us how bad marijuana was. Many of those original naysayers have been proven wrong based on research. Here are some of the ways marijuana can heal;

First I want to say that anyone who smokes marijuana will tell you that there are absolutely no health hazards with all natural marijuana. The neighbour I reviewed for this article is from an area that is liberal about marijuana in Denmark.

He has a keen sense of what marijuana is all about. He had this to say about hazards, “Many people abuse it, it sets you into another mood and if you can control that mood and if you are in balance yourself, it’s good for you. For other people that are over thinkers or depressed, it can perpetuate these feelings. Keep in mind how tolerant you are and how much you smoke.”

There are people constantly upping the ante with marijuana and the current trend is THC-rich resins. These consist of;

When you take any of these extracts, there is so much THC in it that you can end up in the hospital. It’s not just the intensity but the fact that in preparation of making them, there is an involvement of lighter fluid. This can cause massive fires or explosions and reports have stated that people have been burned badly. I had an uncle who went off the deep end a bit and it was said to be attributed to him smoking marijuana daily. It is said that mental illness may arise from use of marijuana such as temporary hallucinations and paranoia. If someone has schizophrenia, the symptoms can worsen when someone smokes marijuana.

While some will tell you that depression, anxiety and suicidal thoughts occur, the opposite says it’s a cure. As to whether it’s addictive is still in question. The mental effects have a lot to do with your lifestyle, upbringing and mental state to begin with.

Following are some of the common Mental effects of Sativa on Mind.

In the beginning, it was used medicinally and spiritually. It has been around for 12,000 years and was said to be found originally have grown in dump spots of prehistoric hunters. With that said, marijuana was legal for most of its life. Sativa was the first species and Indica was identified by the French. A Russian botanist identified a third strain called Ruderalis in 1924 but it’s not commonly utilized today.

Is it believed that areas of Mongolia and Siberia had some of the first cannabis plants and is classified as one of our oldest cultivated crops. Burnt cannabis seeds were found in Siberia dating back to 3,000 BC. Noble people in tombs in the Xinjiang area of China had large quantities of mummified marijuana with them. These tombs date back to 2500 BC and it pushed forward into South Asia. South Asia was invaded by the Aryans who took it back to India.

Cannabis made its arrival into the Middle East and it was carried into Southeast Russia, Ukraine and into Europe. Germanic tribes brought marijuana into Europe where it then made it’s way into Britain in the 5th century. Interestingly enough, cannabis seeds have been found in Viking Ship remains.

Prejudice came quickly and were surrounded by their racist tendencies which was perpetuated by newspapers. They placed blame on Mexicans who not only smoked marijuana but also were responsible for many crimes. In the eyes of the people, they formulated the idea that marijuana created crime mongers. 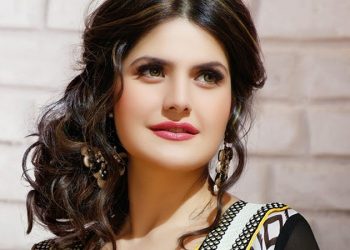